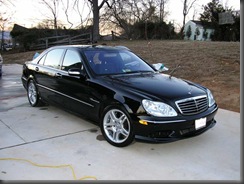 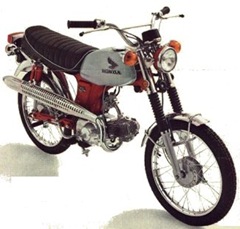 “In the annals of teen girl fandom, could there be any more of a perfect storm than “Twilight” and the Jonas Brothers coming together? I think not, which is why we’re happy to report that the JoBros would totally be down with contributing on the soundtrack for “New Moon,” provided they’re asked.” Brian Jacks 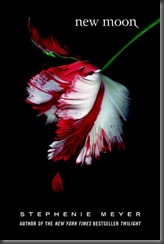 Check out their comments on a video in this web

SOS. I think they’ll totally ruin New Moon for me. They’re like so Disney.

What do you think, girls?

Superman, Spider-Man, Batman, and…Edward Cullen? That’s right, amongst the mutants and supervillains is none other than “Twilight.” The vamp franchise finds itself represented at Comic-Con in no less than two different areas on the show floor.

The publishers of Stephenie Meyer’s “Twilight” books is Little, Brown and Company, and the outfit has set up shop here at the convention, showcasing the work of their star author. “Twilight” fever also hit the Tonner booth, where their Edward Cullen and Bella Swan figures were on display.

For those of you who can’t make it to the show, click here or on the photo below for our full gallery of “Twilight” at NY Comic-Con.

I’m very happy to announce that Taylor Lautner will be playing Jacob Black in New Moon and that he’s doing so with the enthusiastic support of Summit Entertainment, the producers, and Stephenie Meyer.

The characters in Stephenie’s books go through extraordinary changes of circumstance and also appearance; so it is not surprising that there has been speculation about whether the same actor would portray a character who changes in so many surprising ways throughout the series. But it was my first instinct that Taylor was, is, and should be Jacob, and that the books would be best served by the actor who is emotionally right for the part. I think that fans of Twilight the book and the movie will be surprised by the Jacob Black that Taylor will bring to the screen in New Moon; and I’m looking forward to working with him and the rest of the cast in realizing the film.

I’d just like to add that I was very much a part of this decision. My first priority was always what was best for New Moon—what was going to give us the best possible movie. I’m truly thrilled that Taylor was the one who proved to the director, to Summit, and to me that he is the best possible Jacob we could have. And I’m very much looking forward to seeing what he’s going to bring to Jacob’s character this year.

Summit Entertainment has tentatively slated Nov. 20, 2009, as the release date for New Moon, the Twilight sequel, which means any director who signs on to replace Twilight director Catherine Hardwicke has to be in Vancouver by Dec. 15 to begin 12 weeks of preproduction before a mid-March start date. Reports have speculated that Hardwicke was fired for being difficult on set, but sources close to her suggest Summit’s aggressive production schedule turned her off. “She’d love to do the sequel if she could do it better than Twilight,” says one. “It ­became clear that Summit didn’t have those same priorities.”

Indeed, at press time the second movie appeared to have ­little more than a rough first-draft working script. As Summit’s production president Erik Feig told EW during Twilight’s ­record-busting first weekend, “There is that first…script. All the finesse that turns a screenplay into a movie hasn’t ­happened yet.” Two weeks later, Summit is saying it’s happy with screenwriter ­Melissa Rosenberg’s progress.

Another of Hardwicke’s primary concerns was that hunky vampire Edward remains MIA throughout New Moon’s middle portion. In her own opening-weekend interview, she told EW, “You have to get the chemistry as strong ­between Jacob and Bella as it was between Bella and Edward. You also have to do ­some­thing with that arc: She’s in love with somebody, he disappears, she falls in love with someone else, and the first guy comes back. Movies like Pearl Harbor have tried it. It absolutely didn’t work.”

With or without Hardwicke, Summit ­faces other snags. Two sources tell EW the studio doesn’t want to rehire baby-faced Taylor Lautner (pictured) as Jacob, though Lautner’s agent has apparently reached out to the ­imaging company behind The Curious Case of Benjamin Button in an attempt to demonstrate to Summit how a digitally bulked-up Lautner could work. (Summit says it won’t make a decision until a new filmmaker is on board.) There’s also the matter of finding a cast of Native American actors to play Jacob’s werewolf clan — a difficult challenge Hardwicke was also faced with before ­settling on Lautner, who isn’t completely ­Native American. And with a slightly increased budget of $50 million — much of which is ­assumed will go to leads asking for heftier paydays, location shoots in Italy, and ramped-up F/X — Summit will have to scrimp somewhere.

So what director would want to take on such a big headache? Well, at press time, an offer was out to Chris Weitz (The Golden Compass), who put Summit on the map years ago when its foreign sales operation made tons of cash off of his first film, American Pie. (One source says Weitz has already had conversations with below-the-line crew for New Moon.) “We are in a recession,” ­reminds one Hollywood insider. “It’s a hit franchise. Whoever steps into it is guaranteed a $100 million gross. Everyone wants this movie.” Adds an exec at another studio, “You’d have to have a very high standard for art, hate the movie business, and hate ­money to walk off this sequel.”